Lincoln Highway, named for our 16th President, was the first automobile road to cross the US. And in Lancaster County, you can follow some of the old 1915 highway and enjoy many of the sights from long ago. You can occasionally see the original markers that say things such as "47 M to P, 15 to L" meaning  47 miles to Philadelphia and 15 miles to Lancaster. Although many of the old tourist courts are gone now, there are still some of the diners and shops that have been around for years.
On the east side of town some of the old restaurants are still in business. The Revere Tavern dates back to 1740. Dutch Haven was built in 1946 offering PA Dutch cooking and souvenirs. Today they are famous for their shoo-fly pies. Miller's Smorgasbord originally opened in 1929 for tourists traveling the Old Lincoln Highway. Although it has been renovated through the years, it still offers  traditional cooking  including "seven sweets and seven sours" with each meal!  And just down the road is Jennie's Diner, one of the original 1950's dining car style diners.
There are also a few of the old motels nestled among the modern strip of restaurants, shops and lodging establishments. And the 1960's amusement park, Dutch Wonderland.
On the west side of Lancaster there is still one of the old Tourist Courts still in business. An occasional diner will also pop up in the towns of Mountville and Columbia. In Columbia, the road crosses the river to York County. The original Lincoln Highway bridge was demolished in 1964, but you can still see the stone piers from the modern bridge. The old bridge was originally a wooden covered bridge burned down to halt the Confederate Army during the Civil War, but replaced with a steel structure in 1897. The problem with the bridge was that cars and trains had to share it, and it didn't always work out!
There is so much history in Lancaster County. And as you drive down the old Lincoln Highway, you may catch a glimpse of what travelers saw almost 100 years ago!
Submitted by Lark and Michael McCarley, Innkeepers of the  Lovelace Manor Bed and Breakfast
Posted by Authentic Bed and Breakfasts at 11:49 AM No comments:

Lancaster County is unique in that it has such a wide array of interests for anyone to pursue – from the Amish community to the antique shopping, the outlets, the attractions like the Strasburg Railroad to the Sight & Sound Theater productions, and then the restaurants for all the foodies to the roadside food stands. 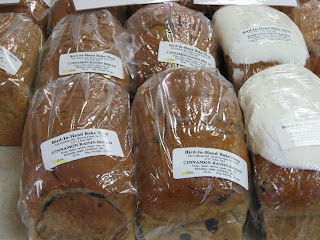 Another interesting venue that has surfaced recently is the Good’s Cooking School in the town of Intercourse.  Here you can register for different cooking classes as well as purchase all kinds of different useful kitchen tools.

An interesting set of classes coming up is learning how to make delicious whoopee pies as well as a date night class.  Take a look at their website at:  www.goodcookingstore.com to learn about which class you would like to take on your next visit to our County. 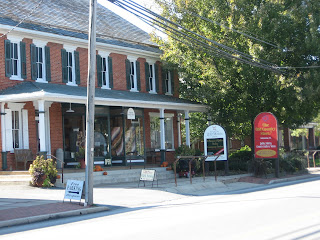 And while you are coming, be sure to book a night at one of Authentic Bed and Breakfast Associations bed and breakfasts for a comfy stay-over.  www.authenticbandb.com

Email ThisBlogThis!Share to TwitterShare to FacebookShare to Pinterest
Labels: cooking

Now that the weather is staying warm, and summer is fast approaching, it’s time to start planning paddling trips, or leisurely waterside lounging. Lancaster County is located between the Susquehanna River, and the Schuylkill River, which allows for many recreational summertime activities. Choose one of the 38 Authentic Bed and Breakfasts as your home base, before deciding which of the following trips you’d like to take this summer!
If you have your own kayak, canoe, or boat, then head to the historic Conestoga River. It is a Class 1 scenic river that flows for 60 miles, before emptying in the Susquehanna River. For more information on launch sites and landmarks, visit the Lancaster County Department of Parks and Recreation.
If you’d like to rent a kayak or canoe, visit Shanks Mare in Wrightsville. They offer lessons, as well as rentals and even have evening paddles where you go out at dusk and then have dinner at The Rookery.

On the Schuylkill River, you can rent kayaks, tubes, canoes, and rafts at the Reading River Tribe. These trips include Class II rapids, and the company will shuttle you to your beginning point, so you can end at their location. Be sure to make a reservation before arriving!
For a traditional day at the pool, visit Adamstown Community Pool, or Lititz Springs Pool. And for something different, visit Mount Gretna Lake and Beach. The swim and recreation facility is open to the public for a daily fee. You will be entertained all day, and really feel like you’re at the beach! They have everything from diving boards and tube/kayak/canoe rentals to picnic sites and a snack bar. They even have a diving board, a swing over the water, and a sand volleyball court!
Your last option to spend some time on the water is in Harrisburg, PA. The Pride of the Susquehanna offers riverboat cruises during the day, and even a dinner cruise. Check their calendar for entertainment cruises, or book a private cruise for a special occasion! How will you spend your summer on the water?

The one stop for all things Lancaster County!